The Child That Was Not Adopted

This blog was originally published at MLJ Adoptions in 2010. It is republished here with permission as it has been deleted from the original site. 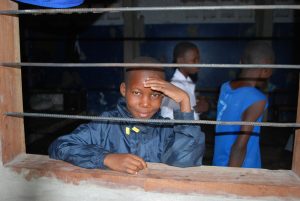 The child that was not adopted is likely to turn to crime or prostitution simply to survive. Having never experienced love or personal worth, he or she may learn that sex can bring temporary validation. Yet, he or she may not value him or herself enough to ask for proper protection or may never have been taught about safe sex. The child that was not adopted will want to turn to alcohol or drugs to numb the pain, rejection, and fear; he or she may have never learned any other ways to manage emotions. Up to 15 percent choose suicide before they reach adulthood.

The child that was not adopted is vulnerable and easily taken advantage of by others. He or she is a likely candidate to become a victim of crime. The child that is not adopted is only expected to live into his or her mid-twenties. If I had aged out of an orphanage, I would likely be dead already.

When I walked into an orphanage last Fall, a child that was approximately 12 looked away and would not make eye contact with me. A child that was eight or nine, handed me an infant. It broke my heart to know that these children understood that most people are interested in very young children, and they were already giving up hope. They intimately understand rejection, hopelessness, and an absence of self-worth. Although hurt, most are not damaged beyond repair; they are simply missing what a family provides emotionally. These are the children that ask us to please find a family for them also. My heart breaks for these children; I fear for their future. These are the children most in need of love, a family, and a home.